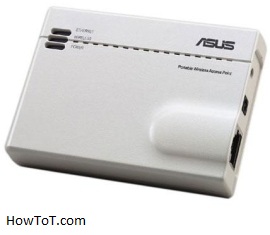 Proprietary USB dongles which costs more than $60 are available for many. For others not even a Wi-Fi add-on at all.

But there are several work around to connect your gadget without messing the whole living room with wires. The best part is that

you’ll get more stable networking performance and you’ll be able to connect your Wi-Fi gadgets with a cable just for stability matters.

Power line adapters enable you to use the existing electrical wiring system for networking. The administration is simple, just connect one adapter directly to your router and the other to the device you want networked. Sling turbo Ethernet Bridge is a model which has four ports. With more ports you can connect more Ethernet only devices.

To make the connection at least two adapters are needed. The drawback of this system is that their performance depends on the quality of your electrical wiring and the adapters are a bit pricey

If the power line is not your ideal solution MoCA are similar to the power line adapters and only that it uses the coaxial cable that you might have already wired. Adapters like Net gear MCAB1001 are highly rated and are comparatively inexpensive.

What a wireless adapter does is that it catches the Wi-Fi signals and converts it to Ethernet letting Ethernet only devices to connect. But these products require a sophisticated setup process. Self contained bridge like Asus WL-300wE_M can make connection to an Ethernet only device even if there is no Wi-Fi connection. Home theatre systems like Sonos Multi-Room Music System act as wireless bridges themselves. Network feed can be transmitted by plugging into Ethernet Jacks of the secondary Sonas unit. The drawback of the wireless  bridge is similar to that of Wi-Fi. The signal strength decreases in accordance with distance and physical obstacles and the stability of a wired network will not be obtained. But personally using Asus WL-300wE_M bridge kit resulted in success.

How to control your TV using HTC One