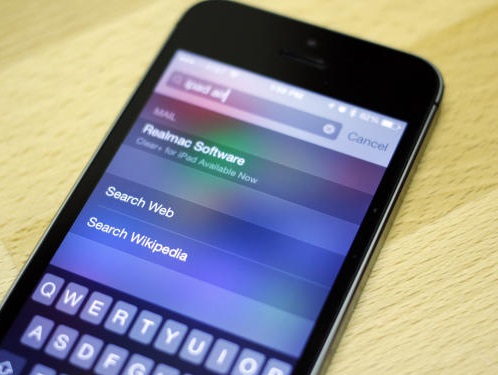 There are some things which are so much cherished by users that you just cannot take them away from them. This is the same even if you are so much loved by users in all other respects. Yes it is about the search option from Spotlight which was missing for one reason or the other and finally Apple has accepted the huge fan-base for the service. So the matter has been buried once and for all and so many users really were annoyed by the feature missing when iOS7 was launched . But now with the update of iOS 7.0.3, this will be provided like before.

So Apple has released this update along with the mention of the new feature so that the users can start using it at the earliest and to put it more pithily, the matter has been solved. Now for those users new to the iOS, you can access spotlight like before, that is to say ,you can get it from the home-screens. So what you should do launch it is as simple as it is. All that you need to do is to make use of a swipe-down gesture and then you can simply start typing your query,just like that.

Now once you have typed the matter, you will have to scroll down the very bottom of the results. There, you will find the options, and two of them to be precise. The first one is to Search Web. Now the second one is to search Wikipedia. Now as your preference, you can go with either of the two option and then once you have selected one of them, you will see that Safari has been launched and you can see the results for the particular query that you have entered and the most apt search results have been provided to you .

How to use DeskConnect to transfer files between iPhone and Mac